Warning: mysqli_real_connect(): Headers and client library minor version mismatch. Headers:50642 Library:50562 in /home/cclmusica/public_html/crescendowithmusic.org/wp-includes/wp-db.php on line 1538
 About Us – Crescendo With Music

Crescendo with Music was founded in 2001 by Alicia Gaggioni, who now has over 40 years of experience in education. We take pride in constantly evolving and improving our methods as well as implementing new technologies to make our program as effective as possible.

With every day that passes, the world demands more from our children. We maintain high standards of excellence regarding the developmental goals of each child in our program. As a complement to school and family, we offer an excellent education that develops well-rounded, happy, and engaged children.

Founder of Crescendo with Music

Alicia Gaggioni, founder and director of Crescendo with Music has over 35 years of experience as a music professor and performing musician. Besides her studies in architecture in Universidad Central de Venezuela, she has a B.A. degree in Liberal Arts, Music, from Kean University, a piano master’s degree from Juan Jose Landaeta,in Caracas, Venezuelagabriela and further academic studies in music, children Neurodevelopment and Psychomotricity from prestigious institutions in the USA and Venezuela. Furthermore, she has been a soloist in recitals and concerts in Venezuela and the USA, as well as a judge in the Harriett Serr National piano competition.

Prof. Gaggioni has spent decades developing a broad knowledge base at the intersection of music, education and neurology to develop the system upon which Crescendo with Music stands today. She has participated in several courses and conferences on education management and child development in the USA such as the Jensen Learning Institute in California, and the Institute for the Achievement of Human Potential in Pennsylvania, as well as in Universidad Metropolitana and Universidad Central de Venezuela.

Throughout her tenure as founder and director of Crescendo with Music, she has prepared students for international orchestra debuts and has organized and directed operas, plays and other productions with hundreds of students and spectators. Her theatrical productions have included classical and modern works such as Hansel & Gretel, The Magic Flute, The Persian Market, Annie and The Lion King. Furthermore, she has organized +40 musical performances and concerts in important concert halls such as Teatro Teresa Carreño in Caracas, Swarthout Recital Hall in Kansas, and other venues in Venezuela and the USA. Prof. Gaggioni has been a music professor and advisor to many talented children that have gone on to pursue music and other studies in prestigious institutions such as: The Juilliard School, Yale University, University of Pennsylvania, New York University and Georgia Tech.

Her contributions to child development and her innovative approach to music education have led to many interactions with the press. Most notably, she has been interviewed in some of the most prominent radio programs in Venezuela on Union Radio and Circuito X, a special feature on TV familia with Maria Fleury, and several written press articles on magazines such as Revista Zeta, Sala de Espera and Estetica y Salud. 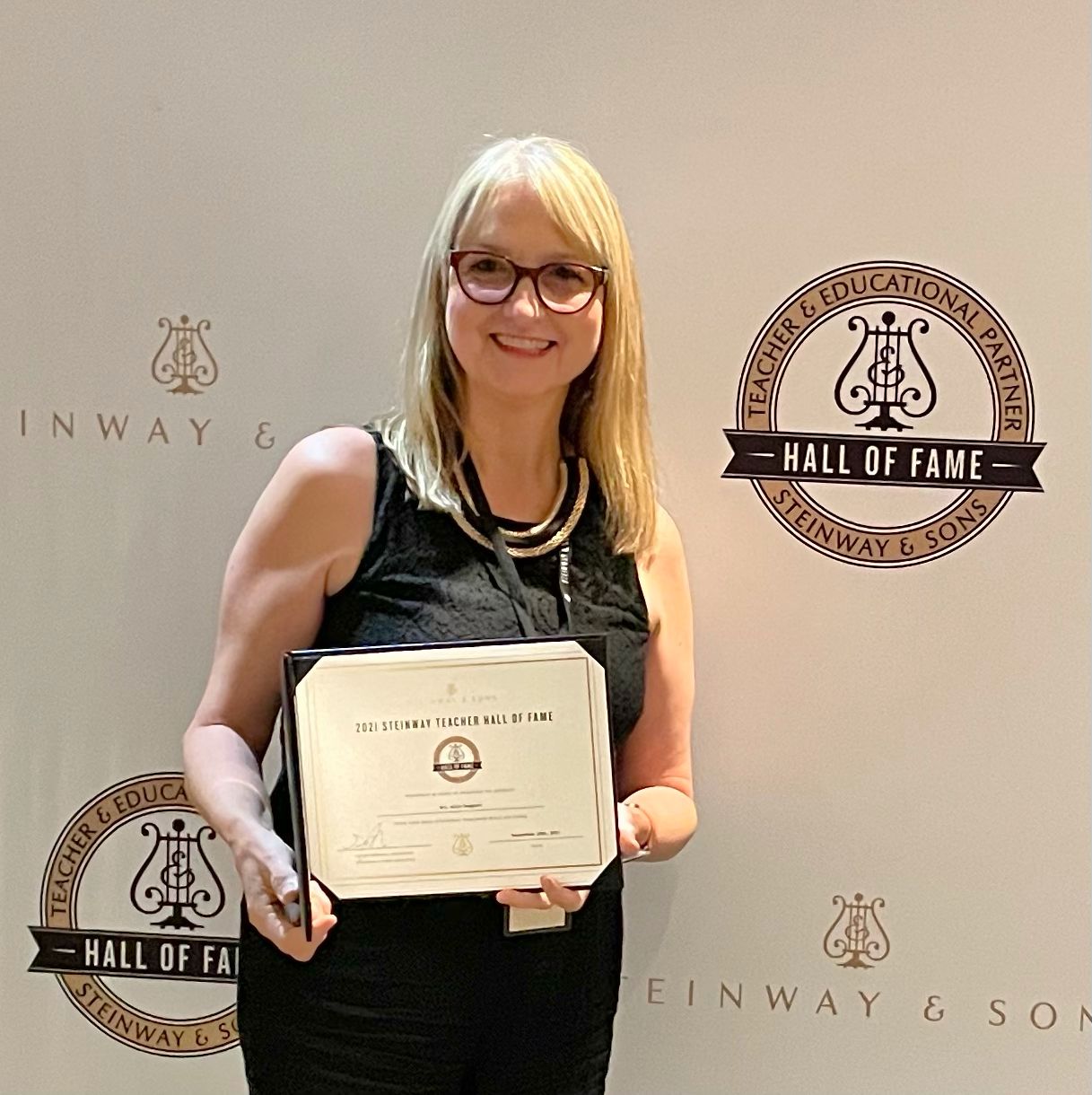 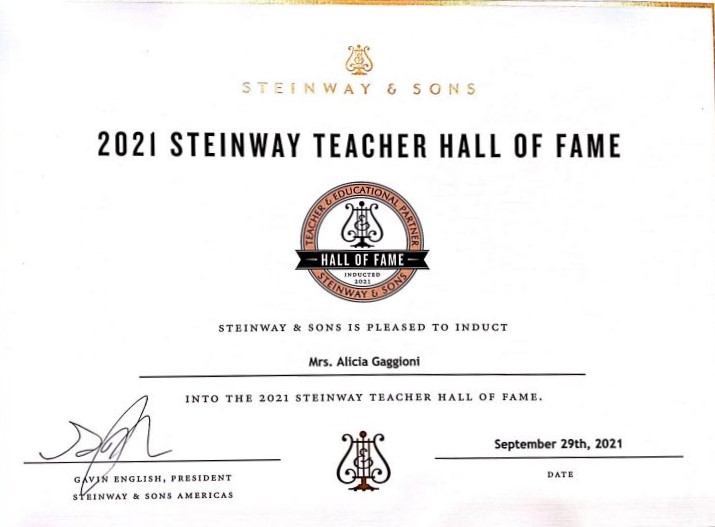 1How can my child participate in a trial lesson?
To sign up for a trial lesson, please visit this page.
2Does the test class determine whether my child can be admitted?
No. The demo class is to see if it is what you are looking for and we evaluate the maturity and knowledge of the child if it had, to include him in the appropriate level.
3Does my child need previous musical experience to participate in class?
Not at all! It is not necessary for children to have previous musical knowledge to attend our classes. For the advanced levels, a music introductory course may be necessary, but this will be assessed in the trial lesson.
4How long are classes? How many times a week?
Group classes are 45 minutes and meet once a week. Students are welcome to sign up for multiple days per week!
5What’s special about Crescendo with Music?
Crescendo with Music is a truly unique program. It is not a regular “group music class.” It is an age-appropriate program that has been designed and is taught by musicians, early childhood educators and child psychologists, who are striving to develop children physically, mentally and emotionally through music. Crescendo with Music classes include a wide range of materials. We are not a traditional “sing along” class – our students (and parents!) will be playing instruments when they begin at 6 months old! Singing is a big part of our curriculum, but we believe in learning instruments as well. Students will be able to learn and play the marimba, flute, piano, violin, guitar as well as other percussion instruments.
6How do I register my child in Crescendo with Music?
You can sign up for classes here. If the class is full, please call the office at x to sign up for the waitlist.
7What types of activities take place during class?
Activities are age-specific. We design activities that help the child with cognitive, psychomotor, language and emotional skills through music. As the program evolves, we start incorporating more challenging rhythmic ensembles, musical notation games, piano and violin ensembles, composition, and other fun activities related to the arts.
8How many children are per class and how many teachers are involved in the class?
Regularly in a class there is a head teacher and an assistant, this can vary depending on the number of children in the class or age. The average number of children in a class is 12 and the maximum 15. In the levels of Advanced and Junior the class is given by a single teacher.
9Until what age can my child be in music school?
Crescendo with Music is a lifelong continuing education school.
10What instruments do children learn to play?
The children begin to handle instruments of rhythmic bands from the 6 months of birth. In the level of 4-6 years, begin with marimba and flute and introduction to the violin and piano, passing at age 7 to Piano, Violin, Voice or Guitar.
11How do I buy a Gift Certificate in Crescendo with Music?
If you want to share the gift of music, fun and learning, come to Crescendo with Music, we will help you select the right classes and we will give you the gift card to deliver as a gift.